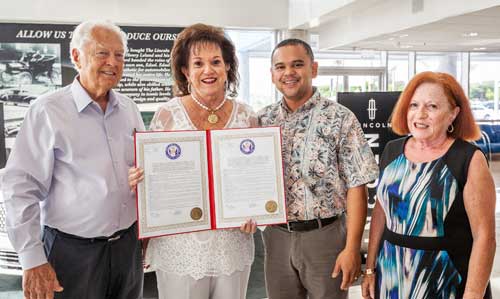 Jones was recognized at the 2018 First Hawaiian Bank and Guam Business Magazine Businesswoman of the Year gala in April. The Lifetime Achievement Award is given each year as part of the Businesswoman of the Year program to businesswomen in the region who have been pioneers, have worked tirelessly to improve the quality of the island community in which they live and who serve as role models for businesswomen of today. Present alongside Mrs. Margaret Jones, were her husband, Robert H. Jones, their children, Julie Jones Murrell, Jeff Jones, Jay Jones, and their grandchildren. 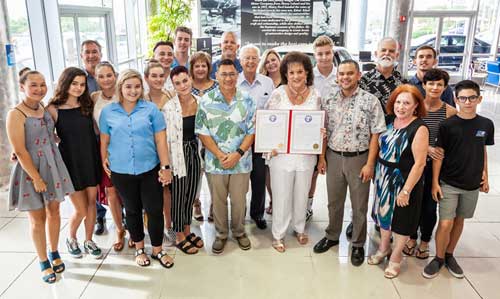